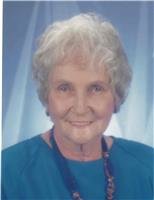 Beatrice Smallman Stapler of Salisbury, MD, died February 15, 2018 in Gaithersburg, MD at age 90. She was born to Eunice and Edwin Smallman in Melrose, Massachusetts on November 2, 1927, the youngest of three daughters. She was a painter who was inspired by her early years on scenic Cape Cod. The family relocated to Washington, DC where she attended Roosevelt High School and married William M. Stapler on October 18, 1947. Bill and Bea had six children: Glenn, Calvin, Robert, Daniel, William Jr. and Irene Liebensfeld. She is survived by her children, grandchildren (Aubrey Newton, Angela, Jack, &amp; Daniel Stapler, Aaron &amp; Alex Liebensfeld), niece Suzanne Nevling, nephews James &amp; Thomas Abellera Jr, cousin Paula Bacon, and five great-grandchildren. Her husband, Bill, preceded her in death. In the 1960s, Bill and Bea launched an HVAC business in the Washington area where they then lived. Bea was the business administrator while caring for her large family and home. After running the business for two decades, Bill faced multiple health issues. In 1989 they retired to Salisbury, MD to be near the water where they could share their passion for sailing. Both enjoyed painting and exploring the Eastern Shore for local scenes to paint. She is remembered by her family and friends for her gentle nature, kindness, independence, creativity, humor, wisdom, and the constancy of her love for friends and family. She was an inspiration and model to her children, steady partner to her husband, and a stalwart friend and dependable neighbor. A memorial service will be held at the Eastern Shore Veteran's Cemetery Chapel on Friday, April 27, 2017, 2018 at 2:00 p.m. The cemetery is located at: 6827 East New Market Ellwood Road, Hurlock, MD 21643, or call 410-943-3420 for directions. An additional service will be held in Yarmouth Port, MA in late May or early June. For additional information, email Bob Stapler at robert.stapler@ngc.com or Irene Liebensfeld at irenerealtor@gmail.com. In lieu of flowers, memorials can be made to a cancer charity of your choice. Special thanks to the Staff of the Wilson Healthcare Center at Asbury in Gaithersburg, MD for the excellent care given our mother.