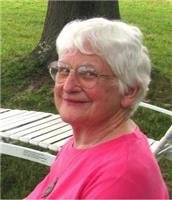 Martha Zimmerman Quayle, 88, passed away at her home in Rockville, MD, surrounded by her family, on December 26, 2018. She was born in Leechburg, PA on June 15, 1930, the daughter of the late John Daniel and Hazel Kerr Zimmerman. She is survived by her husband of 62 years, Harold Quayle, her son Hal Quayle (Mary), and daughters Liza Quayle Hammack (Craig) and Meredith Quayle Murray (Brian). She is also survived by grandchildren Emily Hammack Lyles (Philip), Landon Quayle, Britton Quayle (Ashley), Alan Hammack and Devon Murray. Also surviving are her sisters Margaret Martin and Dorothy Bush and numerous nieces and nephews. She was pre-deceased by her brother John Jacob Zimmerman and her sisters Mary Pfiefer and Helen Beecher. Mrs. Quayle graduated from Freeport High School in Freeport, PA in 1948. After two years at Thiel College she enrolled in the University of Virginia School of Nursing and received her Registered Nurse diploma in June of 1953. After working for a short time at George Washington Hospital in Washington, D.C. she began work as a staff nurse at the National Institutes of Health Clinical Center, America's research hospital, in June of 1954, one year after its opening. With the exception of the years 1957 to 1962, when she was starting her family, she remained at NIH for the rest of her working career, retiring in 1996. In 1995 she was chosen by the Clinical Center as its nominee for Maryland Hospital Nurse of the Year. When her children were young the family spent many happy times on camping trips, as far away as Colorado and the Maritime Provinces of Canada. After the children were grown she and her husband enjoyed trips to England, Italy and France, They celebrated their fiftieth wedding anniversary spending two weeks in Provence in southern France. Mrs. Quayle, with her husband, was a great lover of opera, traveling often to see operas in San Francisco, Chicago, Houston, Santa Fe, Glimmerglass Opera in Cooperstown, NY, New York City Opera and most of all, the Metropolitan Opera. She was equally a fan of chamber music and attended and supported Marlboro Music and Yellow Barn in Marlboro and Putney, VT and, for thirty years, the Chesapeake Chamber Music Festival in Easton, MD. She was a member of Cedar Lane Unitarian Universalist Church in Bethesda, MD for fifty-five years, serving for a number of years in the choir and reveling in her love of cooking as a member of the church gourmet club. She loved art, especially the art of printmaking, and was for many years a member of the Washington Print Club. She found her greatest happiness, however, in being with her family. She loved them greatly and was greatly loved by them in return. A celebration of her life will be held at Cedar Lane at a later time still to be determined. Her family wishes to extend great appreciation to Montgomery Hospice for the loving care they provided to her in her final weeks of life.