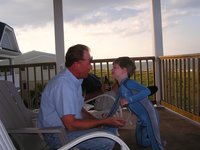 Edward Jeffrey Beecham, 61, of Locust Grove, VA and formerly of Chapel Hill, NC, passed away on December 23, 2020 after a long illness.

Jeff graduated from the University of Maryland with a Ph.D. in Microbiology.  His career was devoted to medical and scientific research in Bethesda, MD, Des Moines, IA, Boston, MA, Chapel Hill, NC and Charlotte, NC.  He had many varied interests including woodworking, gardening, cooking, football and movies.

A private service will be held at a later date.