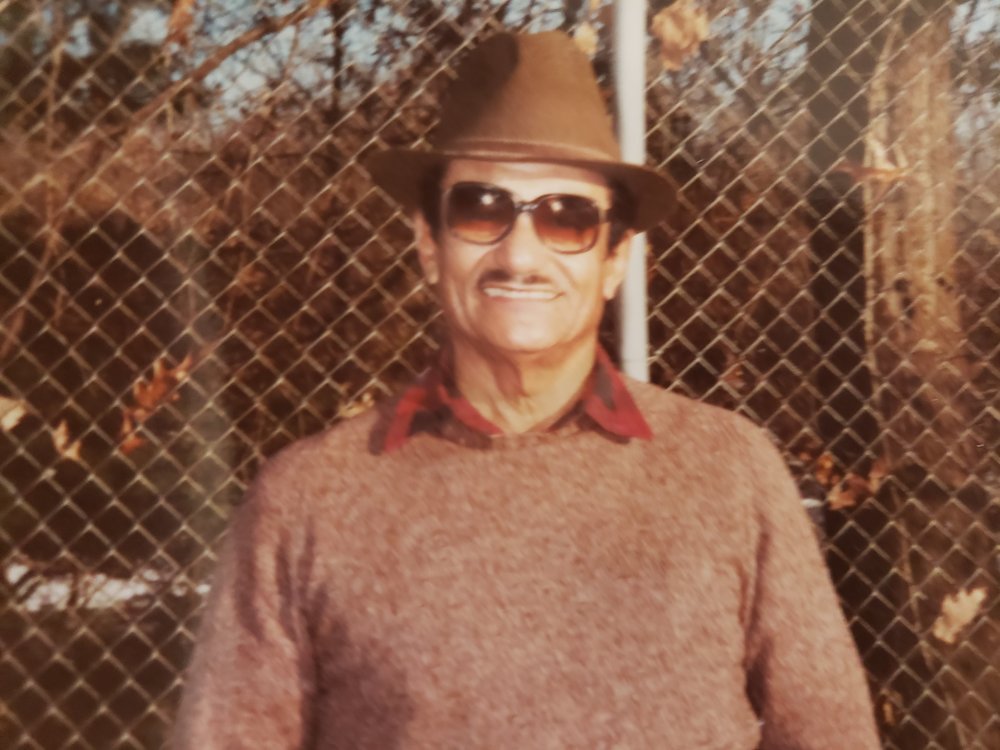 With great pain and sorrow, we announce that in the early morning hours of August 29, 2020, Frank passed away peacefully of natural causes. Frank was a resident of the Armed Forces Retirement Home in Washington, DC. At the time of his passing, Frank was 86 years old.

Originally from the town of Gurabo, Puerto Rico, Frank made Washington D.C. his home since his retirement from the U.S. Army in December 1970. Frank served his country with honor during both the Korean and Vietnam wars. During his service, he received the followings medals and decorations: National Defense Service Medal; Vietnam Service Medal; Combat Medical Badge; Vietnam Campaign Medal; Bronze Star Medal; and Good Conduct Medal (5th Award). For the next 32 years he was a devoted civil servant for the United States Postal Service.

Frank was a true blessing to anyone who had the privilege of knowing him and share his friendship. Once you got to know him and entered his world, he accepted you as a member of his family. He would show you all his love, recognize your value as a human being and always look after you. Frank was a gentleman in every sense of the word, honest, loyal, caring and always courteous in his treatment of others. He demonstrated discipline and pride in his work.

Always committed to providing others with the best service he could. That was Frank through his service in the U.S. Army, where he served for 20 years, and later with the U.S. Postal Service and his volunteer work, helping those in need. It was not unusual for Frank to spend a snowstorm using his SUV to drive the sick to the hospital.

During his free time, he enjoyed nothing more than to spend time with his group of friends, which every year grew larger. He greeted them all with a hug and his infectious smile and loved to document each encounter through his inseparable camera. He had a gift for capturing memories through his photographs and made it a point to always share them with his friends. And though he lived far away from many, he would call his friends often to let them know that he thought of them and cared about them.

At the U.S. Soldier’s Home in Washington D.C., he nurtured a garden during the course of many years, distributing its many fruits and vegetables to all he knew. He had an unparallel passion for baseball and loved to play the sport, which he did until he could no longer physically do so. Then he would enjoy watching it on television. He would analyze every play, discuss the statistics, a true fan of the game. He also enjoyed country music and loved to talk about the peculiarities of some of the biggest hits of all time.

His big heart and noble soul distinguished him as a friend. Often, his commitment to the needs of others turned him into their brother. He loved to tell stories about the life experiences of his friends with a unique sense of humor. Everything turned into a party in his stories and through his generous lens.

His last few years were dedicated to reliving the feats of his youth and adulthood. He remembered with affection the beautiful life that God allowed him. He especially loved to remember his loving mother Ramona and his hometown of Gurabo, which held so many memories with so many dear friends. Until his last days he recognized the good people that loved him and visited him.

Frank was preceded in death by his parents Emilio Rivera and Ramona Castro and 16 of his brothers and sisters. Frank is survived by two sisters Lidia Rivera and María (“Nani”) García and a great group of loving nieces, among them, Diocelyn, Wanda, Wilmarie, Helen and Zoralis Rivera; and a number of adopted nieces, including Jacabed (“Jackie”) and Milagros (“Millie”) Rodríguez-Coss, relatives and special friends, among them Roberto Rodríguez. Frank requested cremation and his remains will be buried in Arlington Cemetery, Arlington, Virginia. May you rest in peace Peyky, and be welcomed into the arms of our Lord!

Interment at Arlington National Cemetery to be announced

To send flowers to the family or plant a tree in memory of Francisco Rivera-Castro, please visit Tribute Store
Print
Share A Memory
Send Flowers