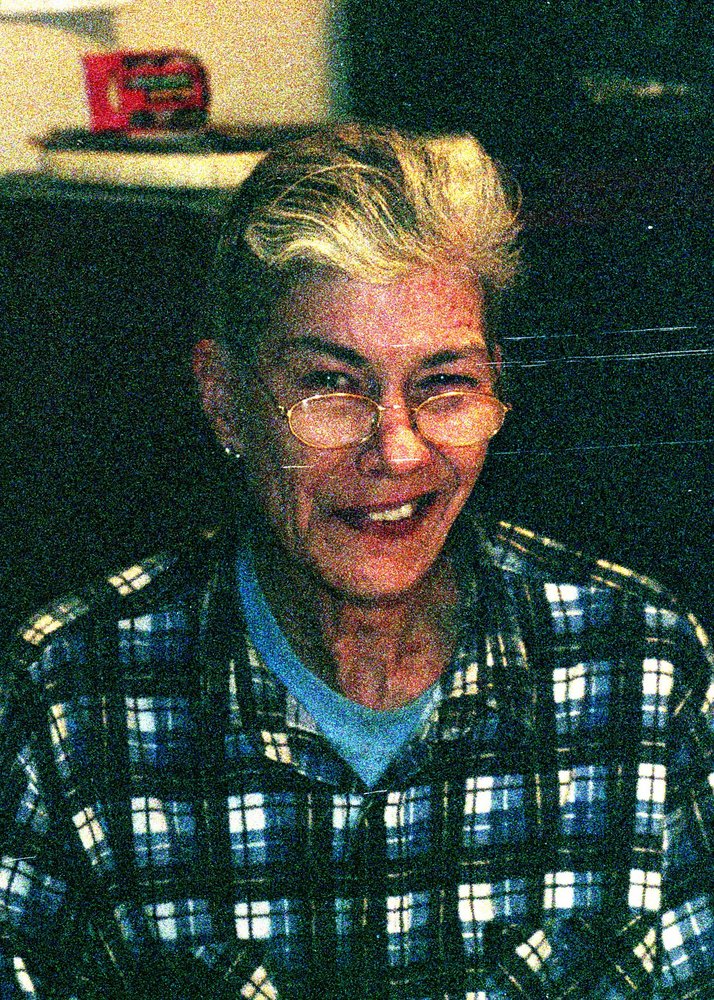 Born November 19, 1946, in Jacksonville, Florida, Elizabeth Anne Patterson was the first child of DeWitt M. and Nancy S. Patterson. She was raised in Montgomery County and graduated from Montgomery College. She lived simply, and died in Silver Spring on March 3, 2021, just weeks after advanced lung cancer was discovered. A memorial service will be livestreamed from St. John’s Episcopal Church, Norwood Parish in Chevy Chase, Maryland on April 13, 2021, at 2:00 p.m.

Elizabeth’s father was a naval officer, so when she was small, her family moved frequently. Before Elizabeth was old enough to begin school, the family crossed the country once to live in California and again to settle in Maryland. They lived in Bethesda, where they joined the congregation of St. John’s. (The Lamimans were also members. No one knew at the time, but when the widowed parents of these families married—many decades later—the Lamimans would become part of Elizabeth’s family.)

Elizabeth attended public school except for one year, when she was in the first class to complete the third grade at the Norwood Parish School. She graduated from Walter Johnson High School, where she took advanced classes. She finished a year at Cedarcrest College in Pennsylvania before transferring to George Washington University and moving to Washington, DC. Toward the end of her first semester at GWU, she suffered a brain injury that interrupted her education.

After many months of convalescence with her parents, Elizabeth returned to DC. There, she met Terry C. Abels. They were soon married and lived in Chapel Hill, North Carolina. After more than a year they separated, but Elizabeth was already pregnant. She returned to her parents’ home where she filed for divorce and give birth to a son. Because of her illness, she was unable to care for the boy. Although it grieved her, Elizabeth placed her son for adoption.

Elizabeth remained in the Washington area. She earned an associate’s degree from Montgomery College in the mid-1980s. In 1987, she married Charles L. Glover. After a few difficult years,  they separated, and he later died. Eventually, she moved to Takoma Park, Maryland. She reconnected with Dennis Kiley, who stayed with her for more than 20 years. After he passed away, she moved to Seabury at Springvale Terrace, a senior-living residence in Silver Spring. There she was well cared for by Shireen Mall, a private-duty nurse who befriended her and supported her for the rest of her days.

Elizabeth’s son, Erik P. Sorvo, was able to find her through DNA testing and an online genealogical service. She was delighted when he made contact. They have been able to communicate for the last several years, which gave her great joy.

Elizabeth’s family thanks Shireen Mall, the staff of Seabury Springvale Terrace, and Montgomery Hospice for her care. In lieu of flowers, donations may be made to Seabury Resources for Aging; St. John’s Episcopal Church, Chevy Chase, MD; or your local animal shelter.