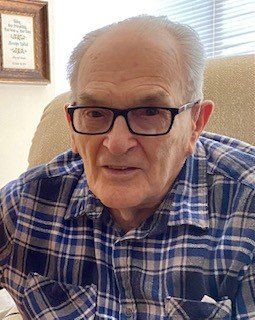 Donald was born in Long Cove, Maine, served proudly in the US Navy during World War 2, and after technical college began a long career as an engineer working with simulator technology. He was a member of the Berwyn Presbyterian and Riderwood Village churches, a masterful woodcarver, avid golfer, Washington Football team supporter, and loved a good puzzle, sudoku, and Maine lobster.

A memorial service will be scheduled later this summer. In lieu of flowers, memorial contributions may be made to Holy Cross Hospice (Holycrosshealth.org/donate/how-to-give/) or the St. George Grange (421 Wiley’s Corner Road, St. George, ME 04860; add ‘Donation in Don Hawkins’ memory’ to the memo line). Arrangements by RAPP Funeral Services.