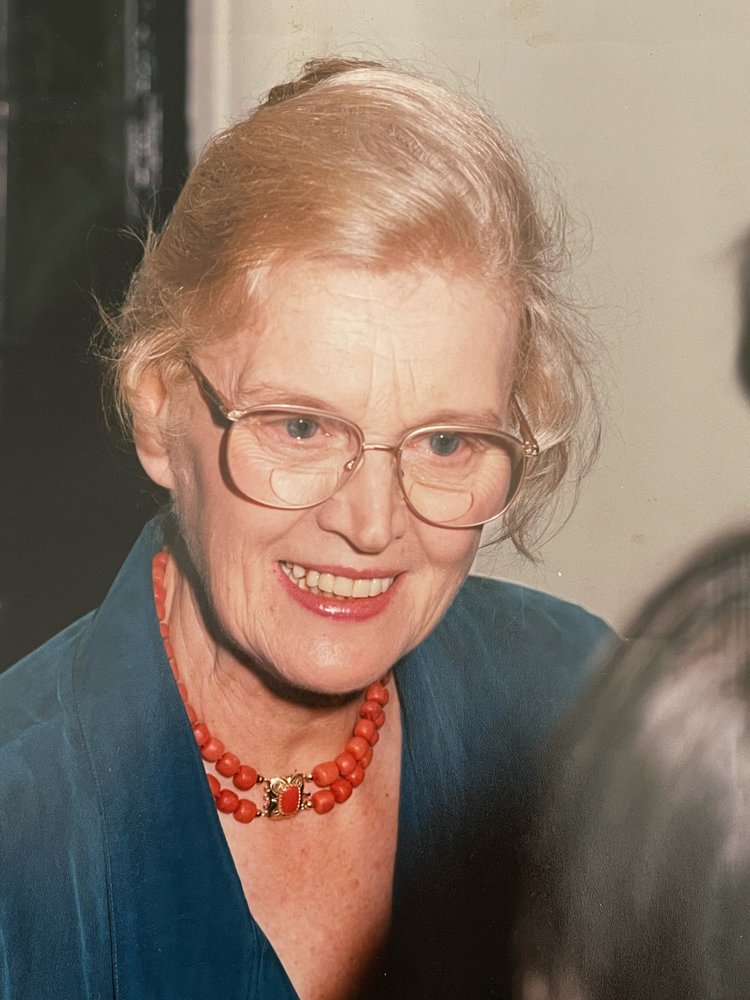 Henriette is survived by her 3 daughters, Sterre, Mei and Engelien, foster daughter Tania, 6 of her 7 grandchildren and 5 great grandchildren.

Henriette and her family survived the privations of World War II in Nijmegen, where her father owned and operated a Children's Furniture factory called Patria and successfully prevented the Nazis from turning it into a munitions factory. Her family sheltered RAF Captain Terence O' Neill when he was shot down. He would go on to become Prime Minister of Northern Ireland and would visit the family in later years.

She married Jan Maarten Zegers on September 2nd 1950 and then they moved to Itterbeek outside Brussels where he was the European correspondent for Life Magazine. In the mid sixties the family moved to Washington DC as Jan took a position with the IMF.

While in Washington Henriette set up an organization called "Touch Toys" organizing international groups of volunteers to make multi-sensory toys for visually impaired children and other children with special needs. She was named by President George H. W. Bush as one of "The One Thousand Points of Light" for her volunteer contributions in the DC area - including making dolls for children about to go into surgery in Georgetown Hospital to help them understand the procedure.

Henriette greatly enjoyed weaving tapestries throughout her lifetime. Her father designed an upright loom for her on which she weaved many original pieces - including The Regnera which would go on exhibition representing The Netherlands throughout The United States. Henriette taught her father how to weave when he retired . She was a world traveller who enjoyed the opportunities and responsibilities of being a diplomat's wife from the mid sixties to the late eighties.

In 2012 she moved to the Cedar Glen Memory Care facility in Rockville MD, where she passed peacefully under the care of Montgomery Hospice. and the excellent staff at Cedar Glen.

To send flowers to the family or plant a tree in memory of Henriette Zegers, please visit Tribute Store