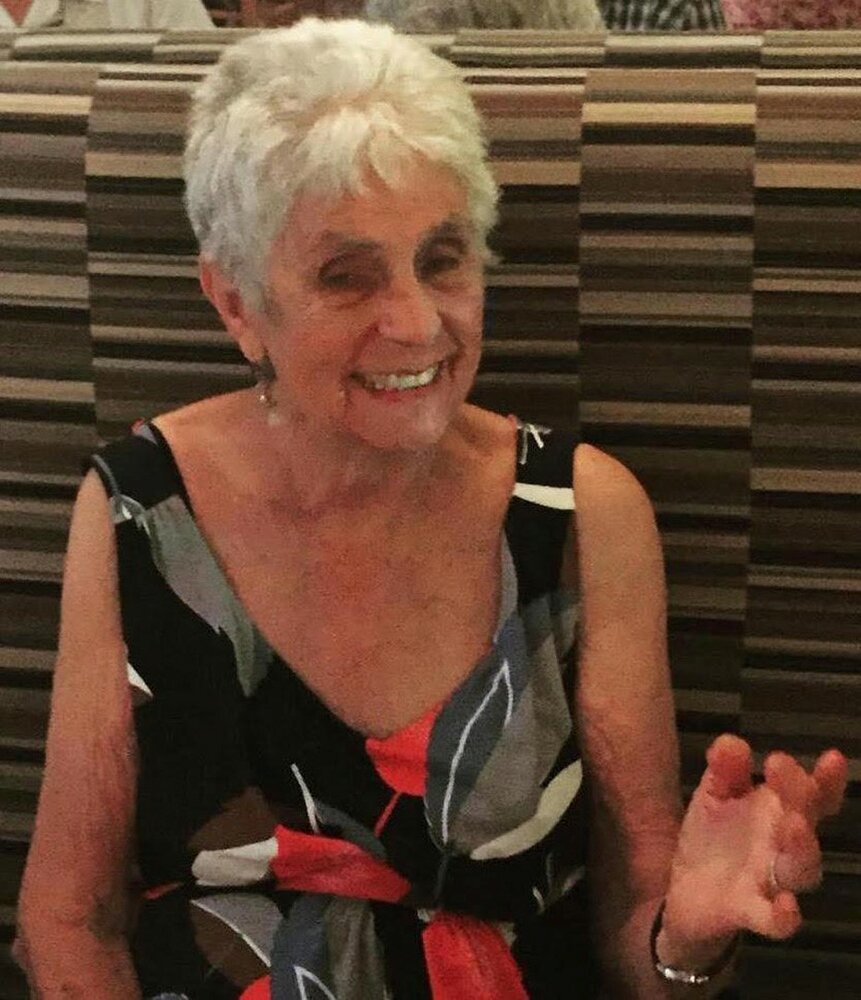 Ginny Mondale, longtime resident of Northwest Washington died peacefully at her home on May 27, 2022, at age 96, surrounded by her family.  She had been attended by her superb caregivers, and many, many friends. Ginny leaves behind seven children: Alex, Sarah, Eric, Peter, Leo, Tad and Lucy; her brother Bob Aceto and nine grandchildren, Sophie, Hannah, Freddy, Lily, Emily, Ingrid, Louie, Charlotte, and Nelson.  Her husband of 64 years, Clarence “Pete” Mondale, died in 2014 and her grandson, Torry, in 1988.

Ginny was the consummate people person - naturally outgoing and supremely personable. She touched a multitude of lives in a positive way over her 96 years - family, friends, students, neighbors, strangers, people on the street - anyone really.  She knew people and struck up conversations wherever she would go, and she devoted a big part of her considerable intellect to encouraging the connections and associations among all these many acquaintances and friends.  Virginia Phyllis Aceto was born July 20, 1925 in Racine, Wisconsin into a large, wisecracking Italian/German family,  and she grew up in a lively neighborhood of immigrants - happily despite the Depression and WWII. Not surprisingly with that background and her engaging personality, she was named humor editor for the Horlick High School newspaper in Racine. Demonstrating her serious side, she received a B.A. from the University of Wisconsin-Madison in English and Journalism, and subsequently completed a year of postgraduate work in American Studies at the University of Minnesota.  In Minneapolis she met and married Pete Mondale.  She liked to joke, “I came for an MS and left with a Mrs.”

As newlyweds, Ginny and Pete moved from Minnesota to Charleston, South Carolina and In the early ‘60s  to Tuscaloosa, Alabama where Ginny put her academic life aside to take care of her growing family. She acquired an abiding appreciation for the American South.  After moving to Washington in 1965, Ginny rose to the many challenges of raising her large family amidst the social upheaval of the era but also made time to be active in Neighbors Inc. in her Takoma DC neighborhood - an example of her enduring commitment to friends, neighbors, diversity and social justice. Ginny maintained her lifelong allegiance to the American Midwest and South, and she found elements of both in Washington where she chose to live the rest of her life - except many happy times at “Lost Marbles,” the mountain cabin the Mondales built in Mathias, West Virginia where they helped to put together a museum and craft cooperative, and a four year stint in Northfield, MN in the 1980s. While in Northfield, Ginny successfully led the effort to restore the historic First National Bank to its condition at the time of the notorious Jesse James Gang bank raid and turned it into a working museum. Returning to Washington, Ginny taught English to adult immigrants in the DC Public Schools until her retirement, which she spent in her beloved Dupont Circle neighborhood living a rich life of friends, culture, family and reflection.

The family requests that condolences be expressed in the form of contributions in Ginny’s name to So Others Might Eat (SOME), or to any of the progressive causes that she held dear. A celebration of Ginny’s life will be held at a later date at the Quaker Meeting House in Washington.

To send flowers to the family or plant a tree in memory of Virginia Mondale, please visit Tribute Store

Share Your Memory of
Virginia
Upload Your Memory View All Memories
Be the first to upload a memory!
Share A Memory
Send Flowers
Plant a Tree