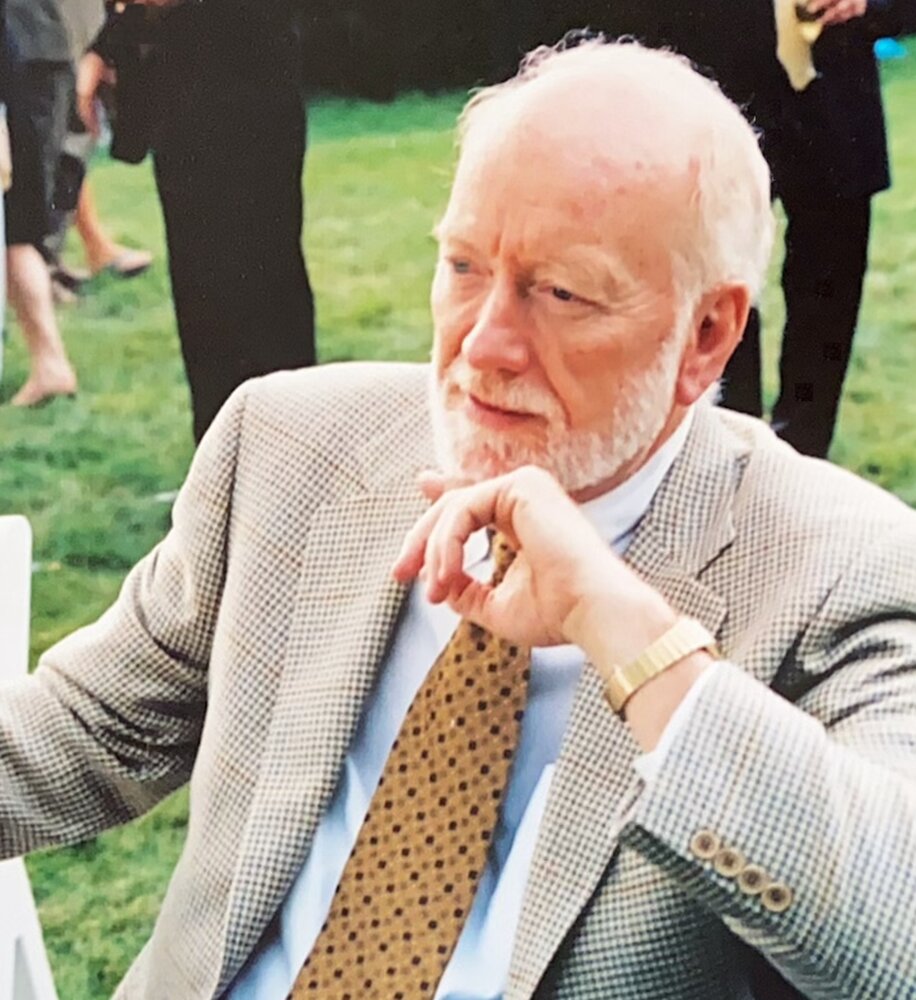 Chevy Chase resident David Andrew Sheridan, 83, died peacefully on June 23, 2022. He was at home with his family by his side. Born on the same day in 1939 in Milwaukee, Wisconsin, Sheridan graduated from Marquette University High School. While at the University of Wisconsin/Madison, he was class valedictorian and student body Vice-President. Most importantly he met his future wife, Lynn Penner, whom he married in 1962. Active in the Student Nonviolent Coordinating Committee (SNCC), Sheridan participated in many civil rights events which became a central part of his life. Following graduation he served as an Intelligence Officer in the Army and was a Fellow at the Woodrow Wilson School of Public and International Affairs at Princeton.

Sheridan launched his career in journalism at the Minneapolis Star-Tribune in 1964. He then spent five years as a correspondent for Life Magazine, where he covered some of the most iconic stories of the 1960s, ranging from the Apollo 11 space program to civil rights struggles in Natchez, Mississippi. During the 1970s Sheridan became a prolific independent writer and public affairs consultant. He tackled critical environmental issues as Editor-in-Chief of the Ford Foundation’s Energy Policy Project and as a writer for the President’s Council on Environmental Quality. Locally he helped to preserve the Huntley Meadows Park in Fairfax County, Virginia. He provided strategic communications guidance for the National Football League Players Association during their groundbreaking 57-day strike in 1982. Notably he also pursued his great passion for writing poetry and was published in Gargoyle Magazine and other journals.

In the 1980s Sheridan embarked on a new professional chapter in the labor movement, serving as Communications Director for the Service Employees International Union. At the National Education Association he was Senior Writer/Editor with the Civil and Human Rights division, helped create the Center for Social Justice, and championed the organization's deepening commitment to human rights and racial justice. Dedicated to progressive politics, Sheridan was involved in countless campaigns and was especially proud of his work to elect President Obama. Unceasing in his commitment to supporting courageous activism, he was inspired late in his life to participate in the Standing Rock Sioux Tribe’s actions against the Dakota Access Pipeline. He was a dedicated member of the Blue Mountain Center community. He was delighted to be honored as Mentor of the Year by Everybody Wins DC.

David Sheridan was preceded in death by his parents Emmett and Glad, and his siblings Nancy and Pat. He is survived by his adored wife Lynn, son Brian, daughter-in-law Maria, grandchildren Nolan and Meg, nieces Liz and Leah, and many members of the extended Sheridan clan and community. Known for his great kindness, expansive laugh, incisive mind, and elegant writing style, Sheridan had a deep passion for social justice and encyclopedic knowledge of history, culture, politics, and sports. He made friends and strangers feel welcome, especially if they joined him for a protest march, a classic film, or a whiskey. He loved traveling with his wife, relished coaching soccer with his son, and savored life’s many gifts – among them books, oysters, jazz, and the blues.

In the spirit of one of Sheridan’s favorite works - “So that the longed-for tidal wave of justice can rise up, and hope and history rhyme” – his family asks that donations be made to the Poor Peoples Campaign, which works for justice for all people, just as he did throughout his life. In one of his final journal entries David Sheridan told us how he wants to be remembered: “If you cry for me, keep it short. The pursuit of happiness awaits you.” He will be deeply missed.

To send flowers to the family or plant a tree in memory of David Sheridan, please visit Tribute Store
Monday
27
June

Share Your Memory of
David
Upload Your Memory View All Memories
Be the first to upload a memory!
Share A Memory
Send Flowers
Plant a Tree