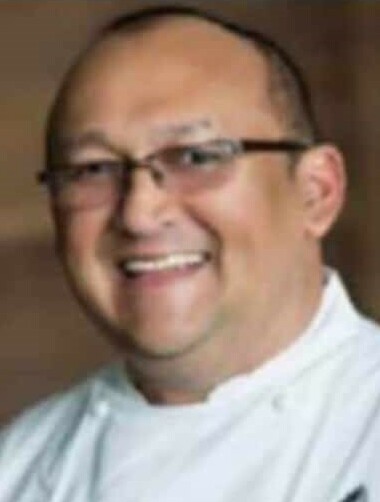 Gerald was educated at Guyana Oriental College in Georgetown, Guyana as a teenager.  When he completed his studies he obtained his first employment with the Gold mining industries in Guyana, where he was employed for a short period. In 1985 he met Allison and was immediately smitten by her beauty. They both soon migrated to the United States where  their relationship sparkled like a diamond and grew and they eventually got married in 1995. Their love extended to their boys who they welcomed years after, Matthew and Ethan were the apple of their father's eyes. He loved them beyond words and loved spending time with them in and out of the kitchen, cooking all their favorite foods with them and teaching them good morals and values to carry on in life.

As a young man, Gerald developed a passion for cooking from watching his father who was an excellent chef.  Upon migrating to the USA Gerald spent a short time in Brooklyn and saw that he could not achieve his goal in the New York City area.  He made a move and relocated to Maryland with his wife and this is where the culinary world opened doors for him.  In 1995 he joined Four Seasons in Washington, DC where he was given his first opportunity to prove his skills as a cook.  After more than a decade Gerald had proven to be above and beyond with the Four Season hotel in DC where he worked his way through every kitchen in the hotel. He was offered another opportunity to join the Four Seasons in Miami, Florida where he and his family moved to for a brief period.  After moving back to Maryland Gerald rejoined the Four Seasons in Baltimore, MD where he also spent a short period.  Because of his hard work and dedication as a chef another opportunity was opened up for him, this time at the Trump International Hotel in Washington, DC where he worked as the hotel's Banquet Chef, he worked with the hotel until it closed in 2020.  After the closing of the DC hotel it was a natural move to the Trump Golf and Country Club in Virginia where he continued to work as the Banquet Chef until December 08, 2022 when he suddenly departed this world.

To send flowers to the family or plant a tree in memory of Gerald Oudkerk, please visit Tribute Store
Sunday
18
December

Share Your Memory of
Gerald
Upload Your Memory View All Memories
Be the first to upload a memory!
Share A Memory
Send Flowers
Plant a Tree