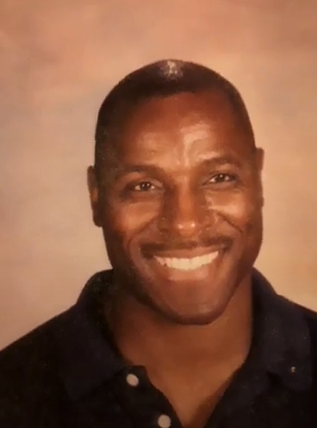 The family of Eugene F. Wilson would like to extend our heartfelt and sincere gratitude for all your acts of kindness, prayers, calls, messages of comfort and hugs.  Our hearts are heavy, but we rest assure knowing that he is at peace.

Eugene was born and raised in Washington, DC and graduated from Dunbar High School where he also played varsity football and baseball.  Following graduation, he went on to attend University of Maryland Eastern Shore, where he continued his football career, and later graduated from University of Maryland, College Park. Eugene spent his career working as an educator in the Washington, DC and Maryland public school systems and played an instrumental role in the learning growth and development of thousands of students.

Eugene lived his life as a loving son, brother and father who enjoyed reading and studying the Bible, writing poetry, working out, playing and watching sports.  He is survived by his two children, Tina Wilson, Tyrone Wilson and their mother Pamela Stewart; his two brothers Tyrone P. Wilson and Michael Wilson; his nieces and nephews; and the rest of his family and friends.

Eugene is preceded in death by his mother, Theresa Ann Wilson.

Mathew 5:16 reads “Let your light so shine before men, that they may see your good works, and glorify your father which is heaven.”  Eugene strived to exemplify those words as he lived.  And in doing so, he touched and impacted many lives.

Perhaps you were family, friend, played football, baseball or attended school with him—he impacted your life.

Perhaps you attended Spokesman Club or church with him—he impacted your life.

Perhaps in elementary, middle or high school he taught you Biology, Physics or Science—he impacted your life.

Perhaps you worked out with him, he was your Varsity Football Coach, Archery Instructor or taught you to master life skills—he impacted your life.

Perhaps you honed your skills under his tutelage as the Assistant Principal—he impacted your life.

Perhaps you worked with him or his moral and ethical principles changed bad practices into best practices—he impacted your life.

Perhaps you learned to facilitate meetings or encourage collaboration amongst your peers—he impacted your life.

Perhaps he made you mad, smile, laugh or encouraged you to do your best—he impacted your life.

Perhaps he ministered to you in your pain or despair and gave you hope—he impacted your life.

Perhaps you received Godly inspiration or his presence brought you calm—he impacted your life.

Most of all, he “always” gave you the gift of himself; and for that--he made you better!

Whatever impact he may have had on you--he loved and honored God first. Among his professional accomplishments, he was most proud of the

In celebration of his life, Newport Mill Middle School has established the

for students in need during the Annual Science and Engineering Expo.

In lieu of flowers, the family requests that donations be made payable to:

Due to CDC COVID19 restrictions, no funeral or memorial services will be held.  God Bless each and every one of you.