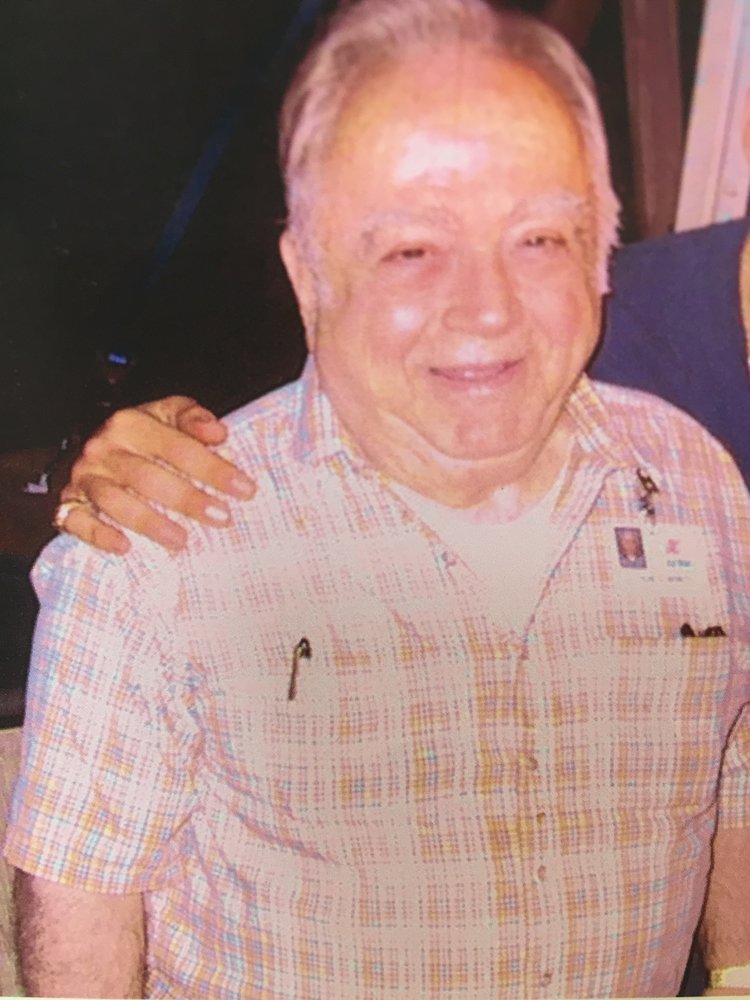 Louis Gerard Spirito, 90, went to be with the Lord or as he would say, “took the deep six” on Sunday, November 1, 2020 All Saints Day, at the Armed Forces Retirement Home in Washington, D.C. after a life filled with endless laughter and debauchery.  Louis, known as Lou to most and as “Bucky” to his hometown friends in Castanea, PA, was born in Lock Haven, PA on September 25, 1930 to Emanuel and Fortunato (Paulo) Spirito, both deceased.  As the son of parents who immigrated to the United States from Caserta, Italy, Lou was raised with a strong work ethic helping raise goats, chickens and pigs on the family property, while also tending a huge garden, and helping make his father’s famous goat cheese and wine with his brothers and sisters.  Lou graduated from Lock Haven High School and belonged to St. Agnes Church.  He loved baseball and football, and he especially loved rooting for the Pittsburg Pirates and Steelers.

In 1950, Lou enlisted in the United States Air Force and honorably served in Korea from 1950 – 1954 with the 47th Installations Squadron.  He decided to make the U.S. Air Force a career and served with the 392nd Civil Eng. Squadron 1954 – 1960, the 439th 2nd Civil Eng. Squadron 1960 – 1964, the 479th Civil Eng. Squadron 1964 – 1971, and then retiring in 1971 as a Tech Sgt. after almost 21 years of honorable service.  Lou enjoyed getting to see much of the world during his long military career.  After retiring from the U.S. Air Force, Lou moved to Washington, D.C. area where he started a second career working for the Laborers International Union of North America, and found a second home when he moved into the Armed Forces Retirement Home (AFRH), a place he loved dearly for 49 years.  Lou loved traveling, playing golf, and entertaining family when they would visit.  He especially loved showing family the night life and all the D.C. area had to offer.  However, he was upset when his favorite gentleman’s club, The Silver Slipper, was torn down for the new subway expansion.  As a resident at the AFRH, Lou especially enjoyed supporting his fellow veterans and was proud to have met Senator Bob Dole, who served with Lou’s brother Dominic in the 10th Mountain Division.  Lou strongly supported veteran’s rights and health care throughout this life often volunteering at Walter Reed Hospital.

As time marched on, so did Lou when he transitioned from independent living to assisted and then long-term memory care at the AFRH.  With his sometimes-feisty personality and favorite phrase “Can’t Complain”, Lou became a fixture with the staff and residents who knew him.  For Lou, it was the superior care and love that was always shown to the residents from the staff at the AFRH which made that his home.  His family is eternally grateful to everyone at the AFRH for their care over the past 49 years, especially the staff of the 3rd floor Memory Care Unit.

A memorial/viewing services to be announced at a later date

To send flowers to the family or plant a tree in memory of Louis Spirito, please visit Tribute Store