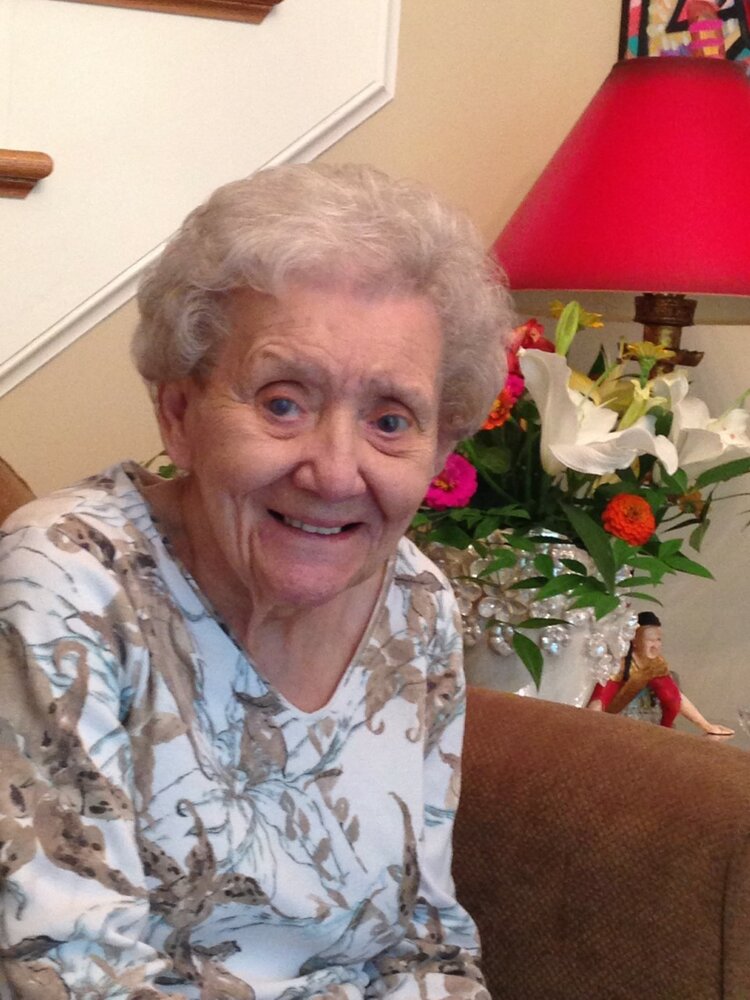 Anne was born on October 16, 1923, at the family home in Seanor, PA. Daughter of Andrew and Josephine (Tallion) Tomco, she was baptized at the Church of Saints Cyrill & Methodius in Windber, PA.  Shortly thereafter, the family (including her older brother, Andy) moved to Cleveland, Ohio.  She grew up attending St. Wenceslas Catholic School and graduated from Cleveland’s  South High in 1940.  After graduation, she spent several years working in the lab at Dupont Chemical Co.  In 1945, she married her high school sweetheart, Gordon Hynes, while he was home on leave from serving in the South Pacific with the US Navy. They shared nearly 60 years together, traveling, dancing, playing cards and entertaining.   Anne was a superb cook & hostess.  Into this union, three children were born: Gordon Joseph (Sue Hrdy), Scott Andrew (Terra Cliff) and Carol Anne (William Assmann).  Anne was blessed with seven grandchildren and five great grandchildren.  After years and years of making northern Ohio more beautiful, Anne retired from her floral business to spend more time golfing & playing bridge.

Anne died peacefully of natural causes.  A memorial service will be held at a later date in her honor at St. John’s Episcopal Church, Norwood Parish, in Chevy Chase, MD.  In lieu of flowers, the family asks for donations to be made in her name to the Alzheimer’s Association.

To send flowers to the family or plant a tree in memory of Anne Hynes, please visit Tribute Store