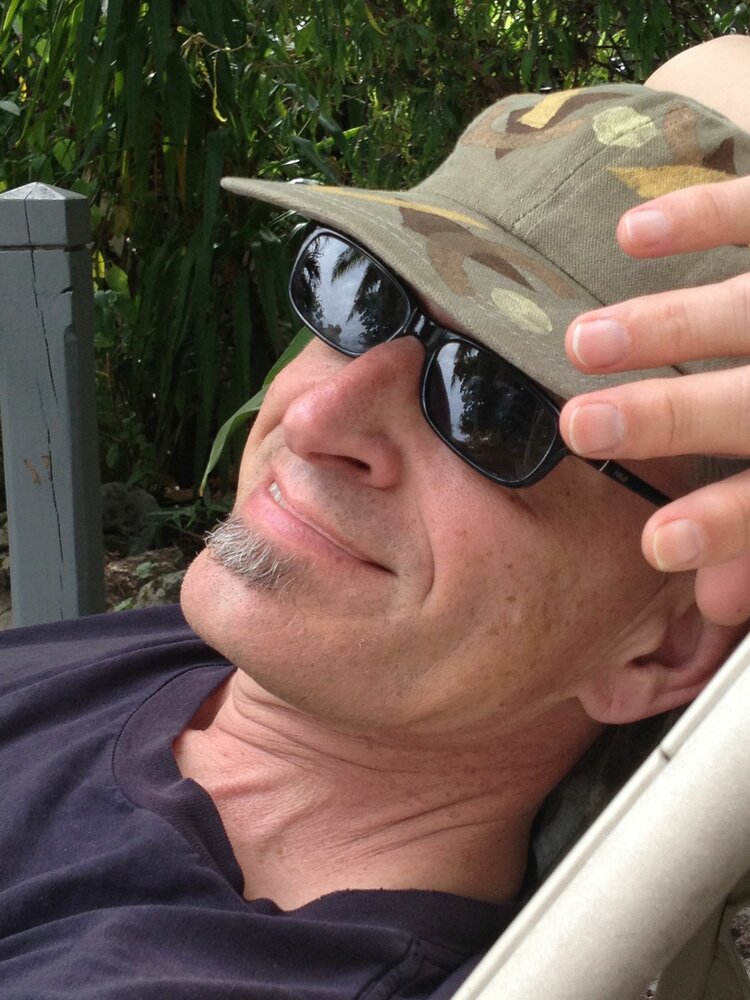 Jim Landry was an accomplished photographer, painter, musician, blogger, and poet but perhaps his field of greatest artistic achievement was as a friend. He remained friends with people from childhood, high school, college, jobs, romances, and bands, as well as beloved group house and family members. He was a dear son, brother, and cousin, and a wonderful husband and father, if somewhat unconventional. Jim died on December 7, 2021 after living with early-onset Alzheimers for many years. He was 72.

Jim was born at Fort Belvoir, Virginia, the oldest child of James Landry, Sr. and Stella Geraldine Fysz. His father was in the U.S. Army Corps of Engineers and Jim spent several years of childhood living in Heidelberg, Germany during postwar reconstruction. He graduated from Mt. Vernon High School.

After obtaining a B.A. from the University of Bridgeport, Connecticut, he moved to San Francisco. There he got his first “real” camera, a Nikon, and learned to process film and make black-and-white prints. In 1972, he moved back to Washington, D.C. and started a band, Acrylix, in which he played keyboards. The band toured the East Coast extensively and reorganized into a larger band, Shocko Bottom. He also played with the short-lived but timeless ensemble, Age of Animals, and recorded solo albums under One Lone Clone and Enaje, including the instrumental CD, Music From the Film. He rearranged and pressed on vinyl Mendelssohn's Wedding March and Recessional for his own wedding.

After his diagnosis in 2010, Jim continued painting and making music. In 2013, he was honored with a retrospective show at the Gallery at Iona Senior Center in Washington, D.C. He and Nicole continued traveling and enjoyed four trips with friends to Hawaii post-diagnosis, as well as visits with family and friends to Nottingham UK, Paris, Turkey, Chicago, California, and New York. Together they wrote and performed two multimedia shows, How to Catch a Moving Train and A Natural History of My Husband's Cars. Jim participated in an Alzheimers clinical study at NIH and a clinical trial for an experimental vaccine for Alzheimers at Georgetown Hospital. He is survived by his wife, son, brother Bill Landry, sister Beverly Landry, cousins, and about a million friends.

There will be a funeral on Friday morning, December 10, 2021, 11AM EST. It will be both in-person at Mishkan Torah Synagogue, 10 Ridge Road, Greenbelt, MD (masked and socially distant) and on Zoom.

Jim will be cremated according to his wishes and buried privately at Gardens of Remembrance at a later date.

If you are not well or are not fully vaccinated (preferably boosted) or for any other reason, please avail yourself of the Zoom funeral and Sunday shiva opportunities to protect yourselves and the community.