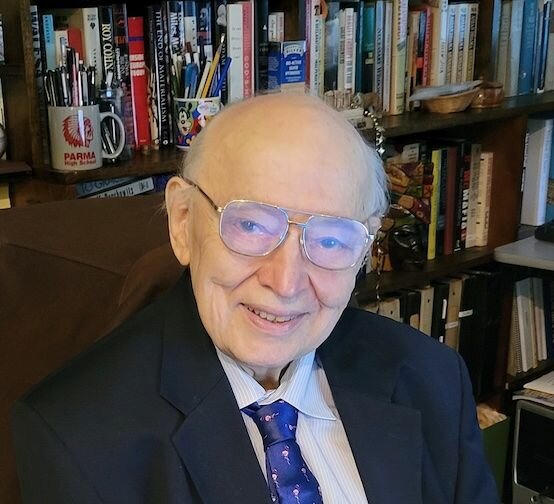 James S. (Jim) Turner, an attorney and consumer advocate who was an original “Nader’s Raider,” passed away suddenly at his Washington, D.C. home on January 25. He was 81.

While working with Ralph Nader, prominent consumer protection activist, Mr. Turner wrote the 1970 book, The Chemical Feast: Ralph Nader’s Study Group Report on the Food and Drug Administration. Time Magazine commented at the time that Mr. Turner’s book “may well be the most devastating critique of a U.S. Government agency ever issued.”

Believing that private sector attorneys could energize the consumer movement, in 1973 Mr. Turner joined with David Swankin, a former aide to White House Consumer Advisor Esther Peterson, to create the law firm of Swankin & Turner, in which he remained an active principal for nearly five decades until his death.

From representing organizations such as the Consumer Federation of America as well as individual consumers, to consulting for major businesses on consumer policy, the firm of Swankin & Turner has fought for consumer interests and advocated consumer policies across a broad range of issues while influencing regulatory matters concerning food, drugs, health, the environment, and product safety.

Mr. Turner appeared before every major consumer regulatory agency, including the Food and Drug Administration, Environmental Protection Agency, Consumer Product Safety Commission, Federal Trade Commission, Department of Agriculture, and National Institutes of Health. Mr. Turner served stints as special counsel to the Senate Select Committee on Food, Nutrition, and Health, and to the Senate Government Operations Subcommittee on Government Research. He was also a policy consultant to major corporations in the food, pharmaceutical and telecommunications industries, including Kraft Foods, The Quaker Oats Company, Hoffmann-LaRoche, and AT&T.

Mr. Turner vigorously advocated for emerging consumer health initiatives. He represented a coalition that successfully opposed an effort by the Federal Trade Commission to ban the words “organic,” “natural,” and “health food” from commerce by arguing that those terms are meaningful to protect consumer choice.

He was instrumental in winning passage of the Dietary Supplement Health and Education Act of 1994 (DSHEA), which defines and regulates dietary supplements as foods rather than drugs, and the Organic Foods Production Act of 1990, which established uniform national standards for the production and handling of food labeled as “organic.”

He persuaded the Federal Trade Commission to cease its investigations targeting chiropractic care. He represented dentists ordered by state licensing boards to withhold information from their patients about the effects of mercury in dental amalgam fillings, including risks to patients, dental workers, and the environment. Mr. Turner’s original advocacy was ultimately vindicated by a Food and Drug Administration Safety Communication on dental amalgam in 2020.

In 1978, Mr. Turner founded and became President of the not-for-profit National Institute for Science, Law and Public Policy (NISLAPP) in order “to bridge the gap between scientific uncertainties and the need for laws protecting public health and safety.” In 1992 he began a leadership role with Citizens for Health, a consumer organization defending individual choice and access in health and nutrition matters and continued to serve as Chairman and President until the time of his death.

In 1996, he helped start Consumers for Dental Choice, which in turn led an international coalition of environmental, dental, and consumer groups to gain adoption of an anti-amalgam provision in the Minamata Convention on Mercury. Mr. Turner’s long history of advocacy included working with consumer groups advancing preservation of federally recognized homeopathic medicine, opposing dangerous exposure to radio-frequency radiation, scrutinizing artificial sweeteners (including aspartame and sucralose, and leading to the continuing U.S. ban on cyclamate), and protecting access to innovative healthcare modalities, including energy medicine.

Mr. Turner served as a consumer consultant to and sat on advisory boards and committees of governmental agencies, including the U.S. Department of State, the Food and Drug Administration, and the Federal Trade Commission, as well as business groups such as the Food Safety Council. He was also active on numerous boards of directors, boards of advisors, and legal and policy committees in nonprofit, educational, professional, and activist organizations; examples include Americans for Homeopathy Choice, the Institute for Responsible Technology, the American Herbal Products Association, and Voice for HOPE (Healers of Planet Earth).

Mr. Turner was a graduate of The Ohio State University, which he attended on a U.S. Navy scholarship, and served in the OSU Student Senate for three years. He received his law degree from The Ohio State University College of Law (now Moritz College of Law), where he served as Chief Justice of the Moot Court. Between undergraduate school and law school, Mr. Turner was a Lieutenant on active duty in the U.S. Navy, where he graduated with distinction from Naval Justice School and served as a Nuclear Weapons Handling Officer and Gunnery Officer aboard the U.S.S. Purdy and the U.S.S. Austin.

In addition to The Chemical Feast, Mr. Turner produced numerous articles, book chapters, speeches, and lectures, and was the co-author of Making Your Own Baby Food. In collaboration with A. Lawrence Chickering, author of Beyond Left and Right: Breaking the Political Stalemate, he co-authored Voice of the People: The Transpartisan Imperative in American Life, and co-founded and co-edited The Transpartisan Review, a journal dedicated to demonstrating how politics, culture, and society can be better understood as a matrix than as a continuum. Mr. Turner founded small-press Potomac Valley Press, which published Healthy Harvest: A Directory of Sustainable Agriculture & Horticulture Organizations (1985-1989), and hosted an organic community garden at his Washington, D.C. home for more than 30 years.

Mr. Turner is survived by his law partner and life partner of 45 years, Betsy E. Lehrfeld, Esq., son Christopher B. Turner, Esq., and daughter, Victoria M. Turner.  The family is asking that in lieu of flowers, those wishing to honor Mr. Turner consider donations to the Citizens for Health Education Foundation, https://citizens.org/donate-citizens-health-education-foundation/.

To send flowers to the family or plant a tree in memory of James Turner, please visit Tribute Store
Print
Share A Memory
Send Flowers
Plant a Tree