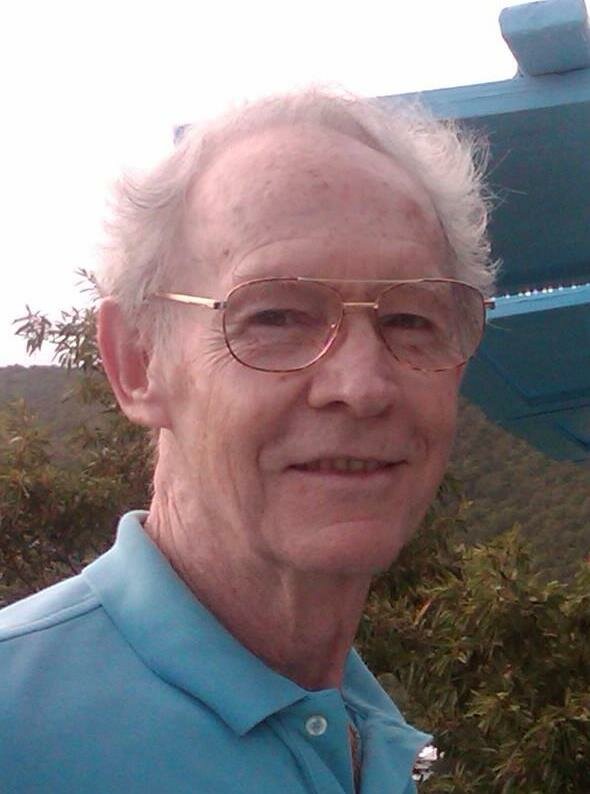 Michael Daman Smith (1937-2022) died quietly at home on January 26th with his wife, Patricia, by his side. For the last 6-1/2 years of his life, Mike’s heart function was managed by a Left Ventricular Assist Device. Mike lived enthusiastically and with grace in the face of medical challenges, and Patricia is forever grateful to the Advanced Heart Failure and Palliative Care teams at MedStar Washington Hospital Center for extending Mike’s life and making possible so many wonderful memories for the family. In addition to Patricia, Mike is survived by his daughter Heather, with partner Chris; son Ethan, with wife Tania and granddaughter Sitka; daughter Kristen Ivy, with husband Greg and grandson Westley; and stepson Geoff.

Mike was born in Long Beach, California, and spent his formative years in Trinity County, CA, where his family lived in a log cabin in the wilderness. Mike lived an outdoor life of swimming and hiking and acquired a love of nature that would last for the rest of his life. He attended a one-room schoolhouse until junior high, when his family moved to Palo Alto, CA, so Mike and his younger brother, Denny, could attend a traditional high school.

After a three-year stint in the Marine Corps, Mike backpacked through Europe to see the world. When he returned to the US and was ready to start a family, he married, had two children (Heather and Ethan), and in the late 1960s they moved to British Columbia with friends to start a commune called the New Family. They built residential and farm buildings by themselves and grew their food. It was an exciting experiment that created bonds of friendship that lasted a lifetime. After several years, Mike and his wife separated and he returned to the San Francisco Bay Area, maintaining close ties with his children who grew up and still reside in BC. Mike remarried and raised daughter Kristen Ivy in Walnut Creek, CA.

In 1971, Mike joined Sufism Reoriented, a non-denominational American school of spirituality founded by Avatar Meher Baba of India. Mike went on several pilgrimages to India. He remained an active member of Sufism Reoriented throughout his life.

Mike completed a B. S. in Psychology at San Jose State in California, earned a Master’s in Horticulture at UC Davis, and taught at City College of San Francisco. In his later career, he was the highly regarded garden editor and official horticulturist for Ortho Books, creating and designing a long line of gardening books. His greatest achievement was The Ortho Problem Solver, a reference book that was most often found on a podium in gardening centers. He also wrote a popular question-and-answer column for gardeners.

One of Mike’s greatest loves was the High Sierras. In the late 1980s, he started an annual tradition of week-long backpack trips into the wilderness with a friend. Gradually, the group of friends grew until at times there were up to 16. Patricia joined this group, as did Kristen Ivy and Geoff.

Mike and Patricia were married in 1996 in Walnut Creek, CA. In 2001, they moved to a residential Sufi community in Washington, DC. Patricia’s horse, Rhett, and Mike’s mom, Berniece, (both now deceased) accompanied them to the DC area. Mike joined the Agricultural Marketing Services of the USDA as an editor, and he retired in 2015. Mike and Patricia were ardent supporters of local theater companies, and Mike was the most enthusiastic audience member at performances of Patricia’s barbershop chorus.

Mike’s life of unfailing positivity, generosity, and laughter will be lovingly and joyously celebrated by his family at a reunion in late April in British Columbia. Should you wish to make a gift from the heart to support underserved families in Mike’s memory, donations are accepted at Following Francis: All Are One (https://www.followingfrancis.org/donatefunds).